The political unrest continued in the Hills for more than two months and it was a major setback for all the locals living in town and outlying villages in the face of indefinite strike. Kalimpong town remained totally shut for many months and it got tougher every day for people to fulfill their basic amenities of life. Kalimpong experienced indefinite strikes with schools and offices shut down for long however, it was only the hospitals for people and animals that remained open in this time of political unrest.

Kalimpong Animal Shelter which has been looking into the core issues of animals and working close to give animals a better life had to remain open for tending the sick animals when Kalimpong was undergoing indefinite strike. The shelter staff left no stone unturned in reaching out to the street corners and rescuing animals that were sick and left to be spayed.

Having been informed by the locals residing in the centre of town about stray dogs rising in numbers and especially the female dogs, the shelter staff caught these dogs from the street and brought them to the shelter for their spay. They were housed at the shelter run for days until their recovery. There were ample female dogs that had been taking shelter in the main town of Kalimpong after this strike was imposed. Many dogs started thronging the main town in search of food and shelter for there were running out of food generally after Kalimpong went silent due to the indefinite strike. As most of the people in Kalimpong are kind-hearted towards animals, some of them provided food to the dogs found on the street and the ones concerned about the new arrival of dogs from different street corners of Kalimpong informed the shelter for the animals’ well-being. The shelter Vet-in-charge, Dr.D.P.Pandey operated the stray animals and it was only after their full recovery they were released back to the street. And these happy looking dogs when released felt so much at ease that their eyes couldn’t hide and with their wagging tails they sped off to their own small road corner shelter and heaved a sigh of relief. 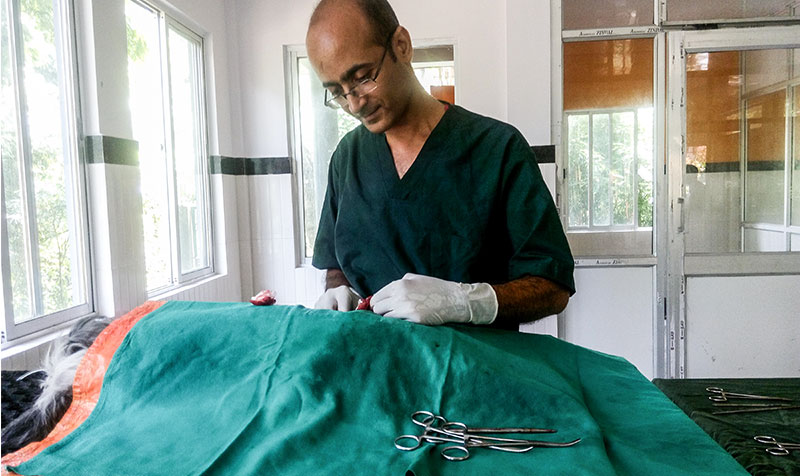 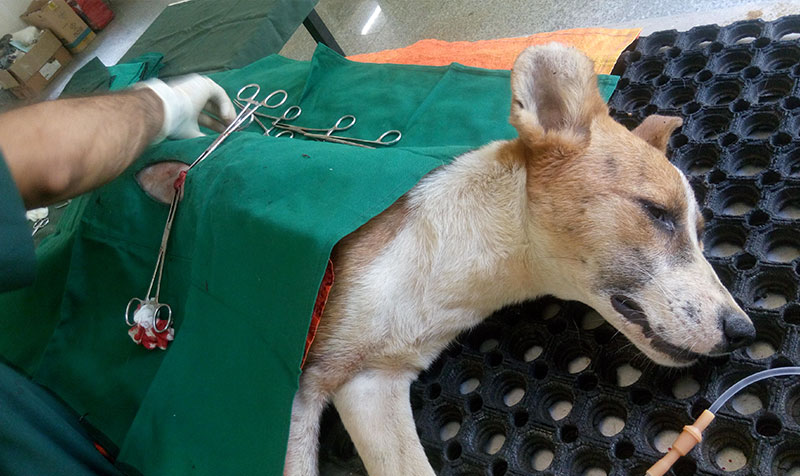 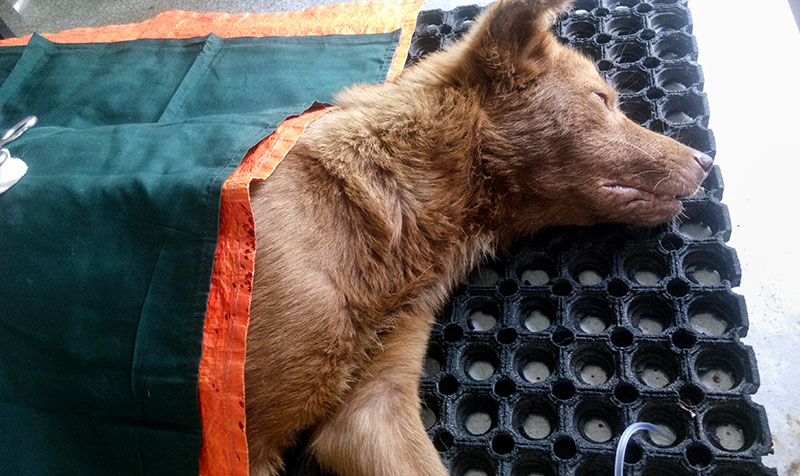 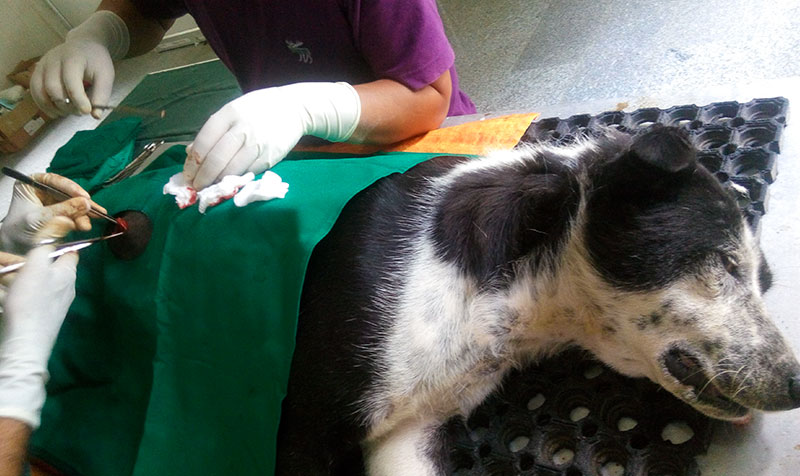 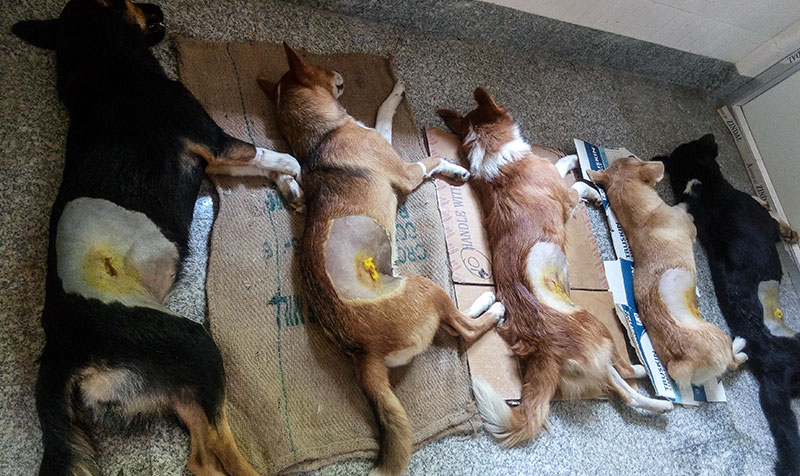 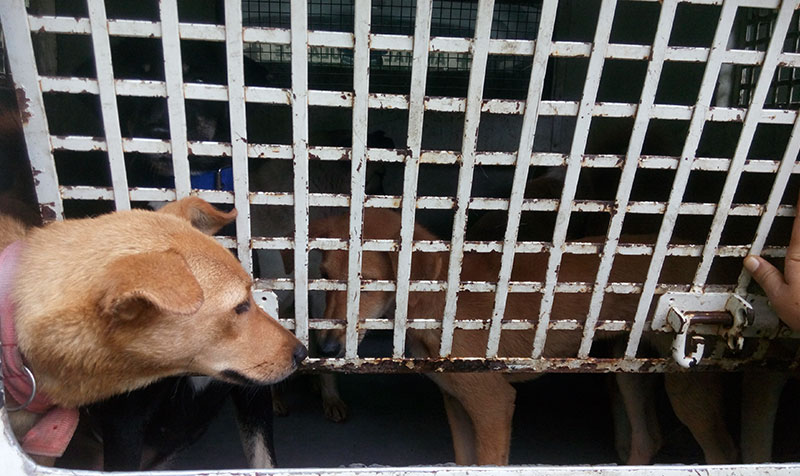 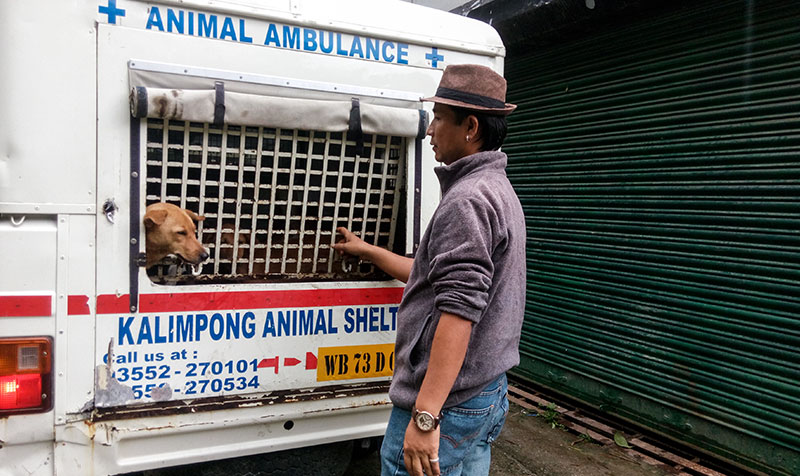 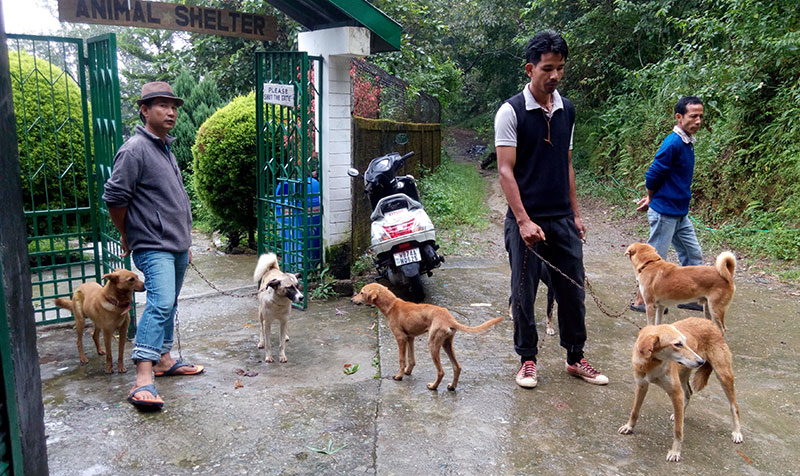 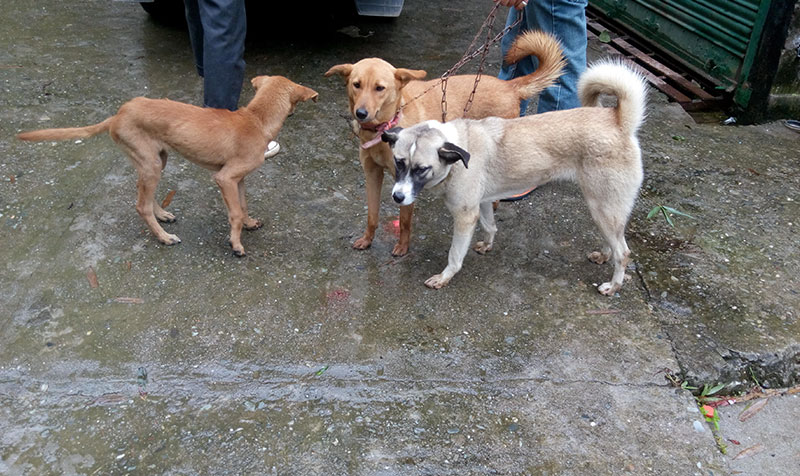 Village camp plays a very crucial role in the life of animals in the hill stations of West Bengal. V   illage camp basically is an outreach programme for the community animals living far off. It is through VILLAGE CAMP Kas extends its programme of Animal Birth Control...
Read More

Rescue of the other stray girl from Darjeeling

Meet Brownie   Woofers, an association of furry friends informed Darjeeling Goodwill Animal Shelter about the dog that was hit by a car. The dog couldn’t walk and her front leg was swollen, mainly the paw. The Animal Shelter team then further picked her up,...
Read More

Stray dog gets into a scuffle and hurt each other leaving dog bite marks around ears that later form maggots. Meet the brave stray dog, Tom Last year, Kalimpong Animal Shelter team rescued a dog with maggot wound in his ear after he got into a scuffle with his mates....
Read More

Adoption drive for Shelter and homeless puppies das   Due to the growing number of people interested in buying dogs, adoption of Shelter and street puppies are quite rare these days.  However, both Kalimpong and Darjeeling Animal Shelters have been spreading awareness...
Read More

Dog chained up all night long against the pillar of Kalimpong Animal Shelter by his owner and thus, abandoned forever finds a home It was a cold morning in November, with the onset of winter, Shelter dogs and puppies were huddling together, with their lazy yawns and...
Read More

KAS yearly conducts camps in outlying villages where ABC camps are previously carried out. To update yearly on rabies vaccination and to operate on new dogs growing in the community and also those owned by owners, ABC camp is highly preferable in all these places. ABC...
Read More

On 11th August, 2018 Kalimpong Animal Shelter conducted an Animal Birth Control camp at the request of a local village coordinator Nigam from Chibbo Busty. The camp was held in a community hall at Chibbo Busty where such ABC camps were held previously.  Year after...
Read More

SEND IN YOUR QUERIES