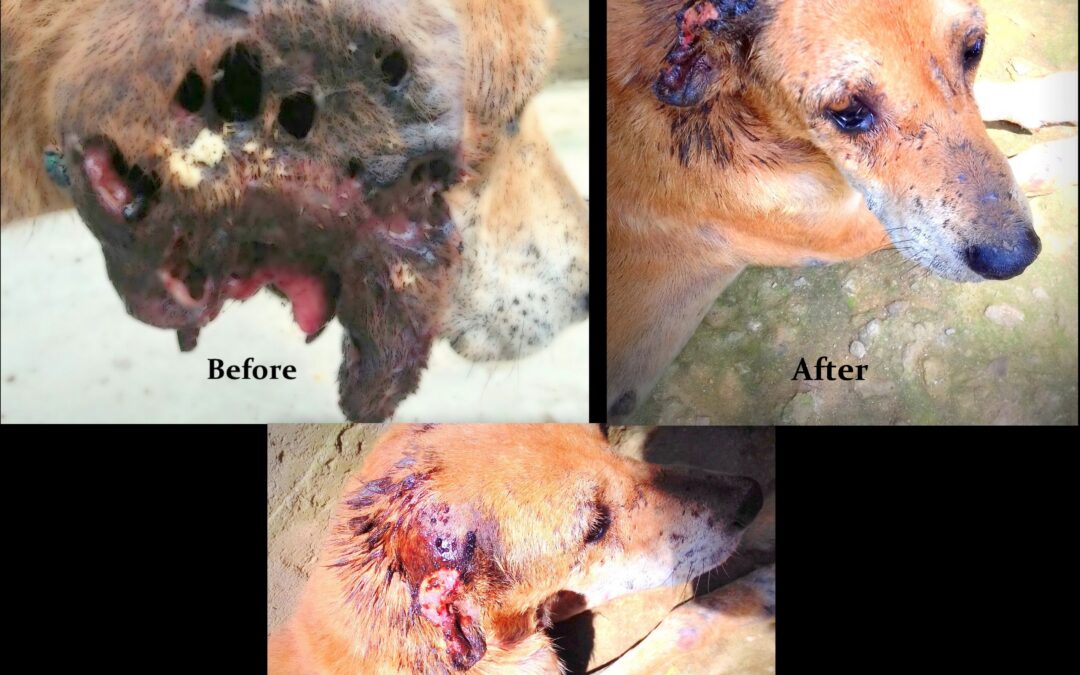 Stray dog gets into a scuffle and hurt each other leaving dog bite marks around ears that later form maggots.

Last year, Kalimpong Animal Shelter team rescued a dog with maggot wound in his ear after he got into a scuffle with his mates. When the shelter was informed of this menace; the rescue team hurried to the spot. The team then brought the dog to the Animal Shelter for some medical aid.

The dog’s ear looked half torn and deeply infested with maggots. The shelter Vet and Para vets removed the maggots and treated his wound. And they checked upon the dog every day. It took a month for his wound to heal properly.

After the wound on his ear healed, he was neutered and then released a few days later to his old spot from where he had been rescued. He was free again and happy to be released. 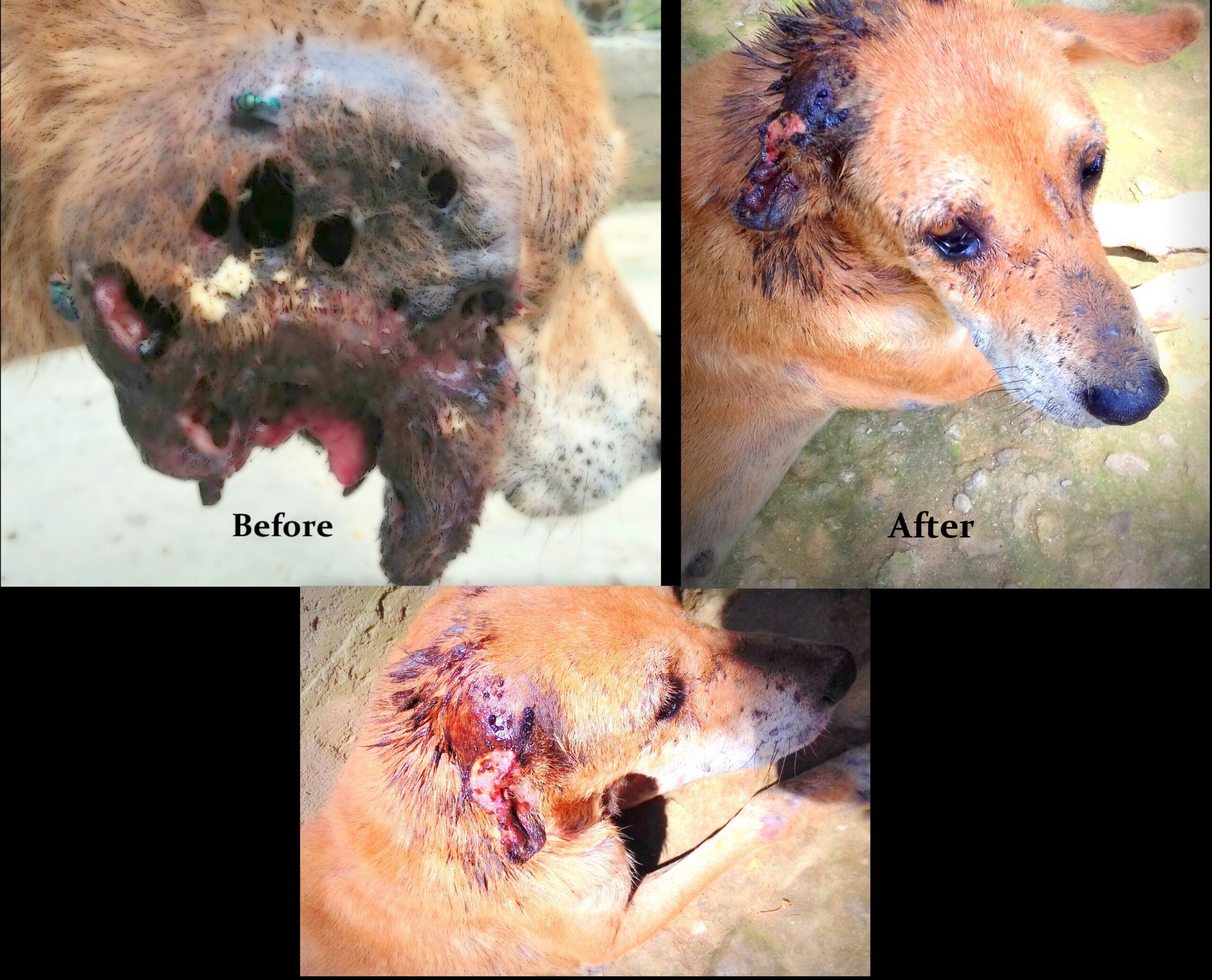