HOW KALIMPONG ANIMAL SHELTER WAS STARTED

In l995, after a long search, assisted by local resident, Dr. G.S. Yonzone,  Christine Townend met Mr. Donald Karthak, who offered to sell to the trust at a minimal   price, one acre of land, on a beautiful terraced hillside of rice paddy, 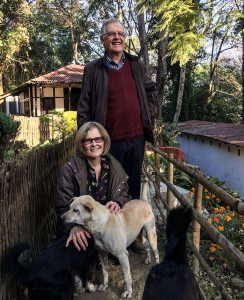 with views north to Sikkim and the Relly River Valley. The   land, at Salimbong, Bong Busty, on the outskirts of Kalimpong town, in the foothills of the Himalayas, about two hours’ drive   from Darjeeling, had no road access, nor  were there any electric connections in this outlying area. A lovely mountain path   about two kilometres in length winding through the rice paddies, patches of forest, and small houses built of bamboo and   mud,  led to the shelter site. However, there was rumour that a road would be built. in the near future, so the land was     gratefully purchased from Mr. Karthak.

Christine and Jeremy had noted that the dogs in Kalimpong were in very bad condition. Many had almost no hair due to mange   which had spread through the dog population. Many also had infected, swollen and cancerous genitalia, again an infectious   disease spread by contact. Others were wounded or limping, some clearly having had boiling water thrown on them, having   been injured on the roads, or struck by the kukuri. Additionally, the municipality was conducting regular strychnine poisoning   of  the dogs.

Christine and Jeremy found one dying dog in the gutter of the main street. They were staying at the Himalayan Hotel, and the owner, Mrs Neelam MacDonald, kindly allowed them to euthanase and bury the dog in the grounds of the hotel. Mrs. Neelam MacDonald was to become one of the founding trustees.

Architect, Mr. Ashok Pradhan designed the shelter together with input from Christine, and construction began after the site had been levelled (the existing terraces were too narrow for construction). Due to small creeks and massive downpours of rain during the monsoon, the construction of walls and efficient drains was necessary. A water storage tank of 22,000 litres was built on the site, and  the trust purchased a spring by means of an agreement with the nearby village. A pipe was constructed to carry the water 0.8 km to the shelter site.

Gradually the shelter took shape. As there was no electricity, solar panels were installed for purposes of lighting. A sewage seepage system was designed so that no effluent from the kennels would leach into the local water courses.

Many trees were planted and a beautiful garden began to flourish, tended by the gardener, Hem Saker.

In l995 the chairman of the municipality, Mr. Kumai, signed and aggreement that no more dogs would be poisoned by the municipality so long as the Kalimpong Animal Shelter conducted a successful ABC programme. An advertising programme was devised to inform people of the project, and leaflets were circulated explaining the benefits of spaying.

However, although the ABC programme was planned to be based on the successfully operating project at HIS in Jaipur ,  it was soon found that conditions were very different and many adaptations needed to be made to suit the different geography, culture and the prevailing attitudes.

Because there was no road to the shelter, the government veterinary clinic had agreed to allow the shelter to use some space at the clinic. A rotunda was provided, fencing for which was supplied and erected  by the shelter. The ABC programme began, with the visit of two volunteer vets, Anna Usher from Australia and Joy Pritchard from England. Although it was not necessary for the KAS staff to catch dogs with a sack, because the dogs were much more socialised than those in Jaipur, and although the staff were able to pick up the dogs in their arms, confusion arose because of this very factor: it was hard to identify which were ‘stray’ dogs and which were owned dogs.

It was time-consuming, but the only long-term solution to dealing with this problem was for the staff to conduct an education campaign, personally speaking with people, and trying to locate owners of dogs, or those that fed the street dogs.  The staff then explained to the owner the benefits of spaying and vaccination., distributing a leaflet written in Nepali.

Over the years so many dogs have been spayed and vaccinated that, not only has the health of the community dog population greatly increased, but the population of puppies has been greatly reduced. These days there are so few puppies available in Kalimpong town, that Darjeeling Animal Shelter sends surplus pups from Darjeeling to KAS for adoption.

In addition to the ABC programme, the staff at KAS conducted many camps in far-lying villages only accessible by walking.  This is an important factor in the control of rabies because wild animals living in the surrounding forest, particularly foxes and jackals, can spread rabies through attacking village livestock such as cattle and sheep, or even through fighting with the village dogs.

The first volunteer vet to work at KAS was Aldona Skeratyte. She lived in a small room at a nearby guest house, with kennels outside where rescued dogs were kept until the shelter was completed and she could move in to the vet’s house

Dr Naveen Pandey was the first full-time permanent vet to work at KAS from 2001 until 2007. He now works at Help in Suffering Animal Shelter in Jaipur, Rajasthan.

Founded by Dr. Christine Townend in the year 1992 for the sole purpose of Animal Birth Control of street dogs that were suffering with genital problems , skin conditions and overburdened with a litter of puppies that were neither adopted nor fostered. The female dogs and litter of puppies had to succumb a life of despair and cruelty because the locals feared of rabies and female dogs procreating time and again.  About 22 years ago, rabies, a fatal disease/virus was  on the rise in India and in these two Indian districts under West Bengal, Kalimpong and Darjeeling. In order to curb street dog meance and its population that was multiplying often and wipe out rabies, the local Municiplality was poisoning dogs with strychnine. But it was studied, with such a step by the Municipality (a cruel method) there was still no end to the dog population. Dr. Townend then on her summer visit to these towns approached the Municipality seeing all the horros of street dogs being poisoned and with multiple ailments, viral diseases, mange and genitalia issues such as TVT (Trasnsmissible Venreal Tumour). She presented the Municipality the Animal Birth Control Programme based on WHO guidelines, the most humane and effective approach in curbing the street dog population. Furthermore, she explained how the ABC Prg. would also help in eradicating rabies. The Municipality  unanimously agreed to this approach then a new hope of positivity  dawned on Dr. Christine by starting an animal shelter  with a dispensary set-up for the near future well-being of street dogs where animals could be treated, rescued, caught for sterilisation and sheltered post-operative care for a few days and then be released. With this, Kalimpong Animal Shelter enacted the ABC Programme in 1998 and a few years later, the same Programme was extended to Darjeeling Goodwill Animal Shelter, a sister shelter. Eventually, the Programme carried out with mass sensitisation on locals and community where the staff members started huge vaccination drives against rabies and sterilisation camps in towns and villages travelling even to the remotest of villages to enlighten people about the benefits of spay and neuter programme. 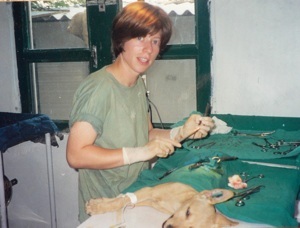 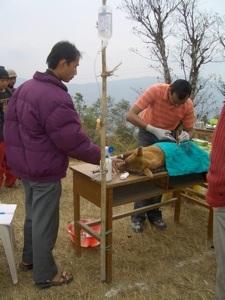 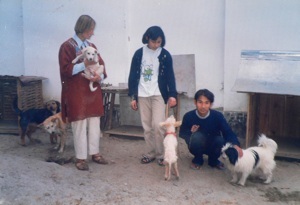 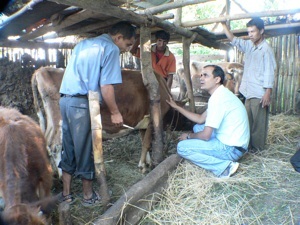 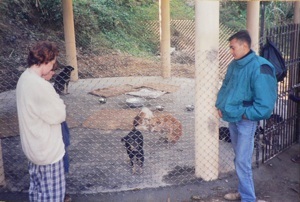 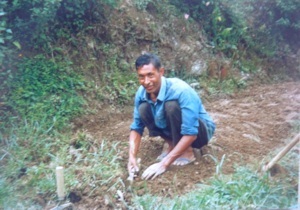 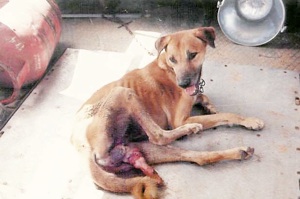 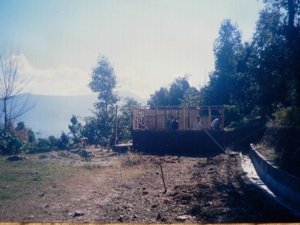