Rescue of the other stray girl from Darjeeling 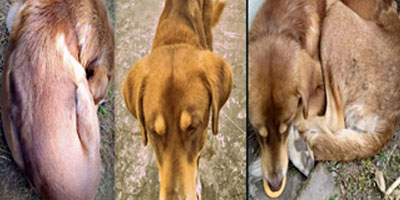 Woofers, an association of furry friends informed Darjeeling Goodwill Animal Shelter about the dog that was hit by a car. The dog couldn’t walk and her front leg was swollen, mainly the paw. The Animal Shelter team then further picked her up, brought her for treatment to the AnimalShelterin Lebong. The dog was examined and treated by a volunteer Vet, Dr. Sameer Chettri also the previous Vet of Darjeeling Goodwill Animal Shelter. The dog was then kept on antibiotics. The dressing of the wound was also suggested. Luckily, her leg wasn’t fractured but swollen and wounded yet it took some time to heal. 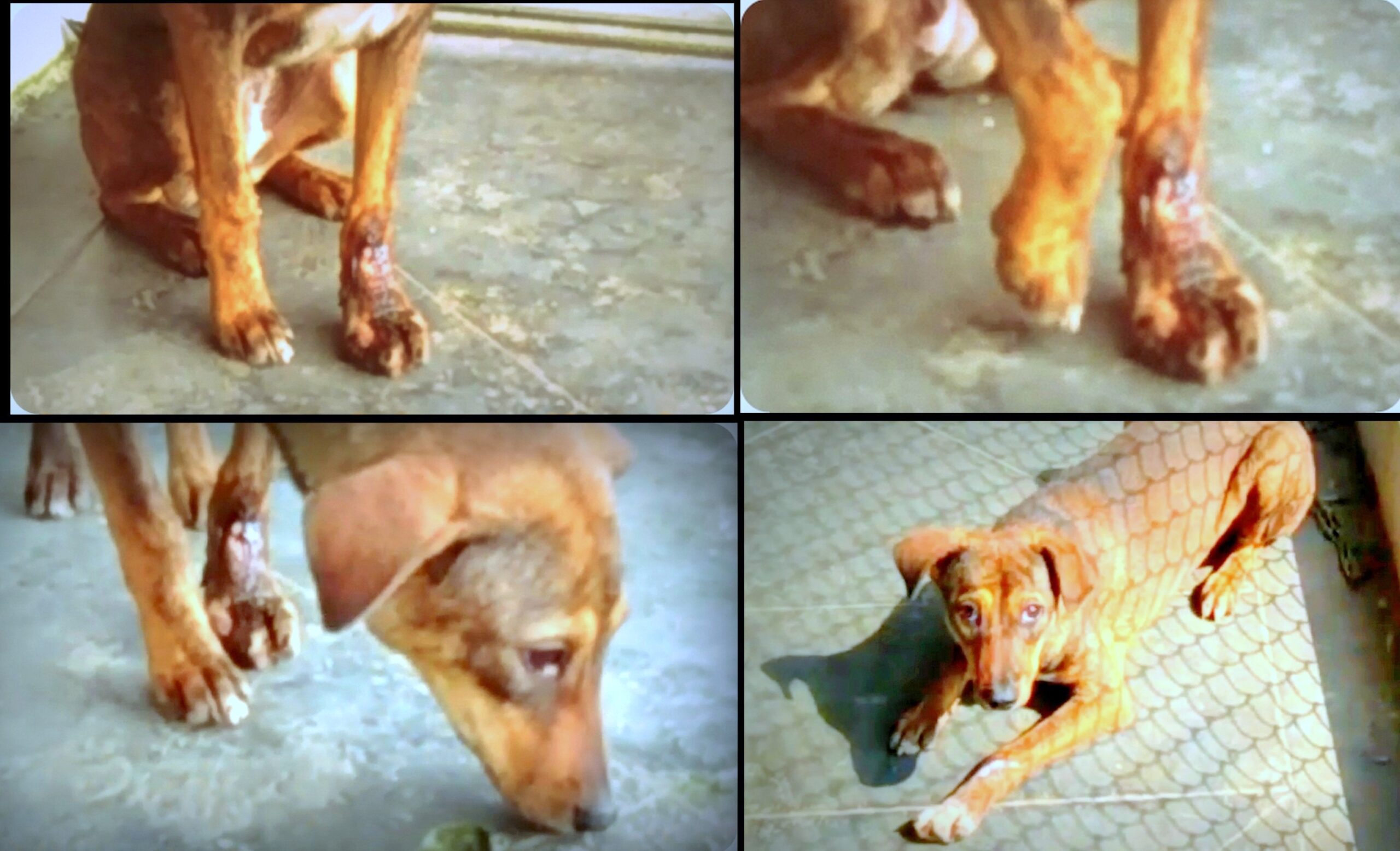 After she healed, she was even spayed at the Animal Shelter and then released a week later. She was a very calm and friendly dog. Everybody at the Shelter loved her. And they called her Brownie.

Supragya, the staff member of Merry Resort contacted us for the rescue of a stray dog with wounds on his body. The dog had bruised skin and small wounds around his body. He often came to Merry Resort for food. Suprgaya used to feed him often and loved him like he was her own dog. One day, when she found out the dog yelping and tucking his head down, she began to ponder and went close to see him. But she was astounded to see a big crust on his skin and other parts of the body. It was then that she phoned Darjeeling Animal Shelter rescue team for help.

He was a very friendly dog. He was brought to the Shelter for his treatment of his wounds. This boy was unlike other dogsand enjoyed his stay thoroughly at the Shelter whilst he got his wound healed. He also enjoyed eating kibble and some broth every day. We never saw him unhappy. He was a very easy-going dog and we still miss him. A month later, he was released back to his old spot.  It was hard to bid him goodbye and we could even see that in his face. But he had to go and live his life again from where he began. 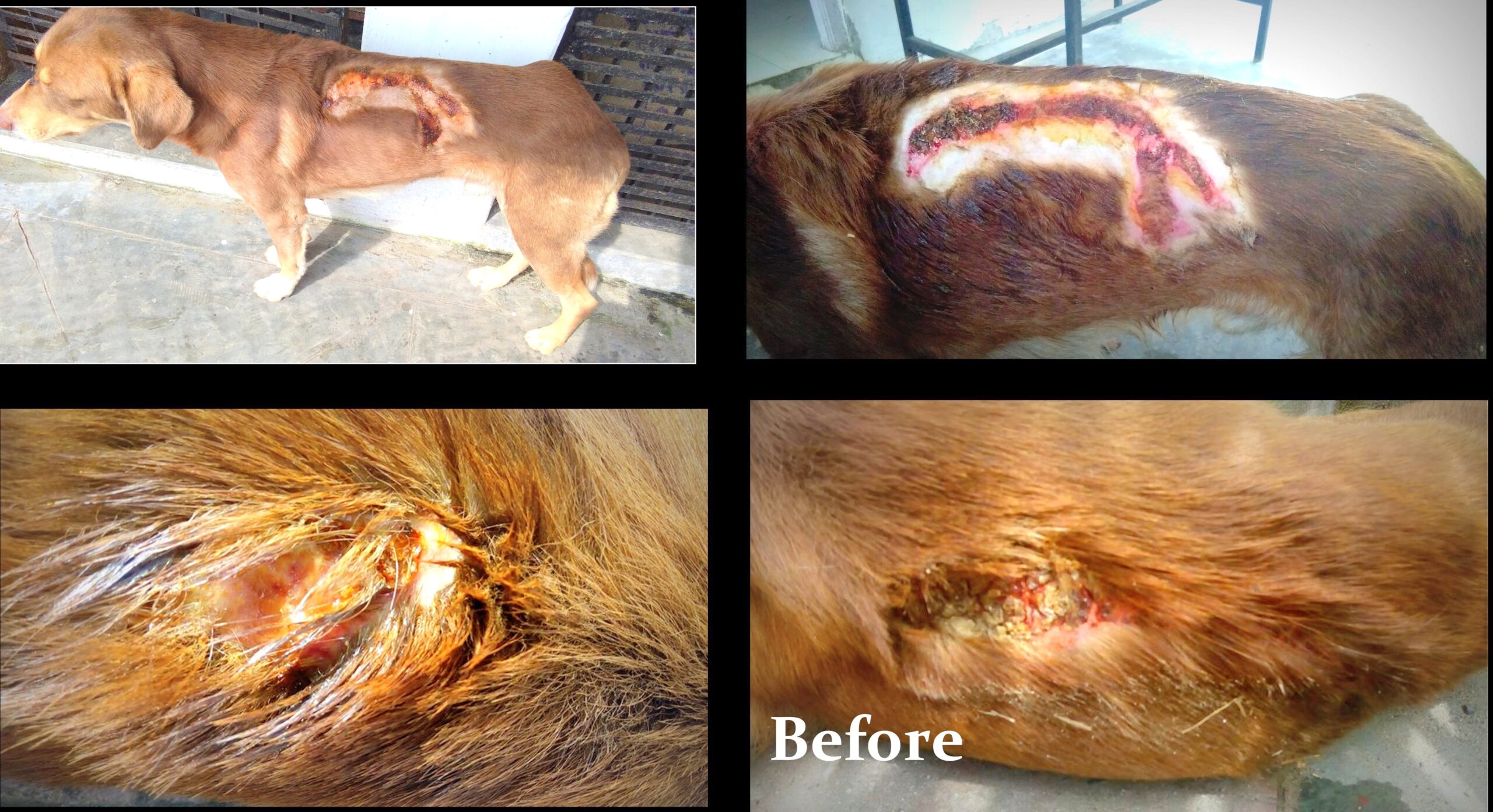