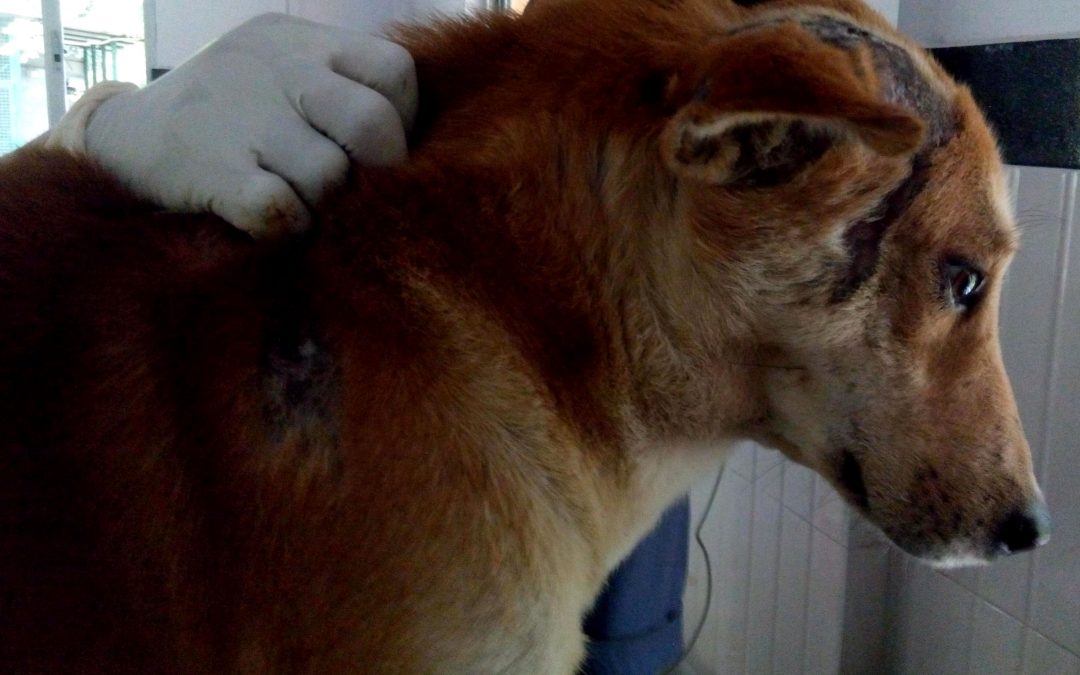 Rabies, a zoonotic disease had spread far and wide in the small town of Kalimpong, in the foothills of the Eastern Himalayas, India. Rabies is carried both by wildlife and by dogs. Because of rabid dog bites in humans, previously there was an increase in human mortality rates without any cure to this fatal disease. The Municipality then felt strychnine poisoning of dogs was the only resort to fight against this ghastly disease.

Many people living in small hamlets and outlying villages were attacked by rabid dogs. The virus had spread from one dog to another. When the mortality rate grew,people started to concentrate on the cure to this disease with thebelief thata local healing plant called ‘Dhatura’, could be used to combat rabies; the local medicine wasn’t of any use.

‘Vaccination ‘was new to village people, and previously nobody had attempted to introduce rabies vaccine to these villages and town. The Municipalities of both Kalimpong and Darjeelingwere poisoning dogs until Kalimpong  and Darjeeling Animal Shelters came into existence and introduced rabies vaccine to people without taking anything in return from the community. This marked an epoch in the history of Kalimpong Animal Shelter.

The shelter staff travelled every day to towns and villages to catch the dogs, bring them back to the shelter, sterilise and vaccinate them, and release them in the place they were caught after a full recovery. Although,some roads weren’t accessible to vehicles,the staff of KAS and DAS travelled by foot through paddy fields near and far to vaccinate dogs and spread awareness to the community on ‘rabies vaccine’.

Eventually, the town and outlying villages saw a big change in their community with dog bites declining every year. The awareness programme conducted by Kalimpong Animal Shelter twice every week helped people understand and accept that ‘ rabies vaccine’ was the only effective means of combatting the disease.

From early beginnings, Kalimpong Animal Shelter has had an impact on the community due to hard work and dedication. Today,the shelter is still carrying out ‘camps’ in remote, outlying villages andin town areas. People are notified about anti-rabies vaccination camps through posters and social media or through a village co-ordinator.

This year KAS and DAS conducted an anti-rabies vaccination camp in a village name ‘Takling’ where 134 dogs were vaccinated against rabies. The photos accompanying this story were taken at Takling camp. 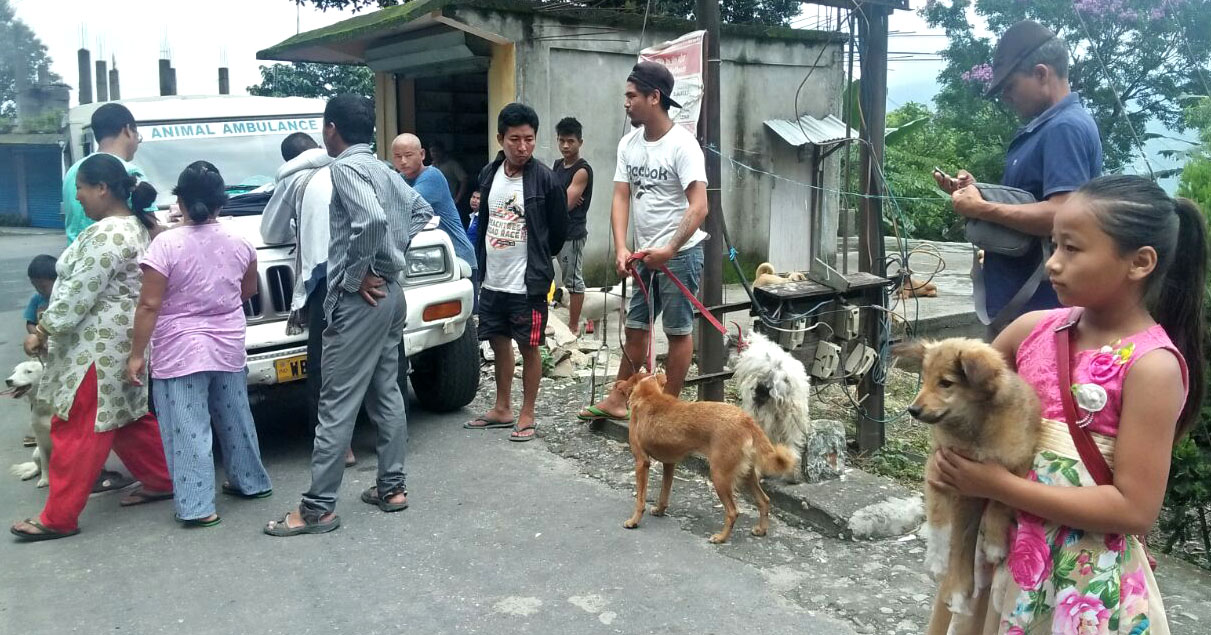 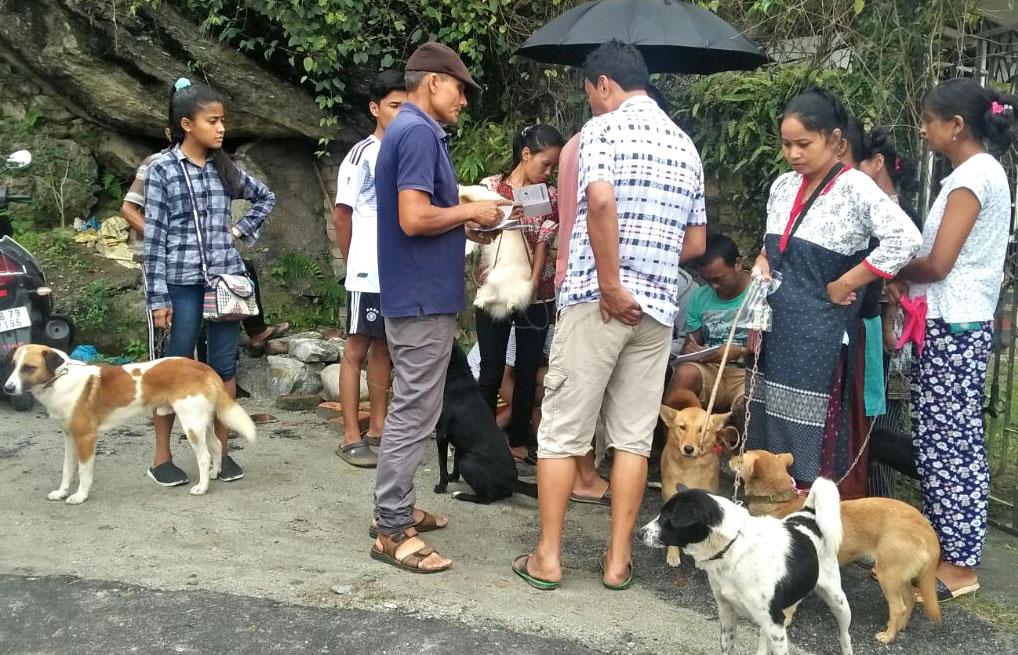 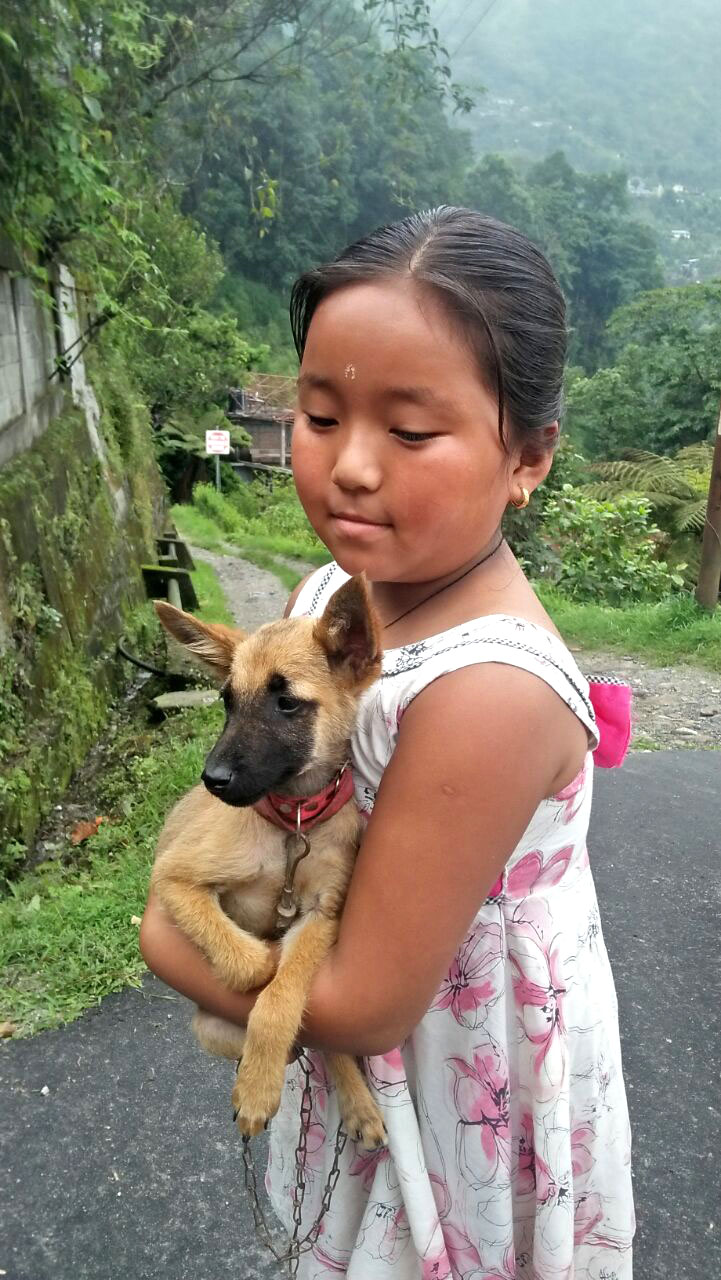 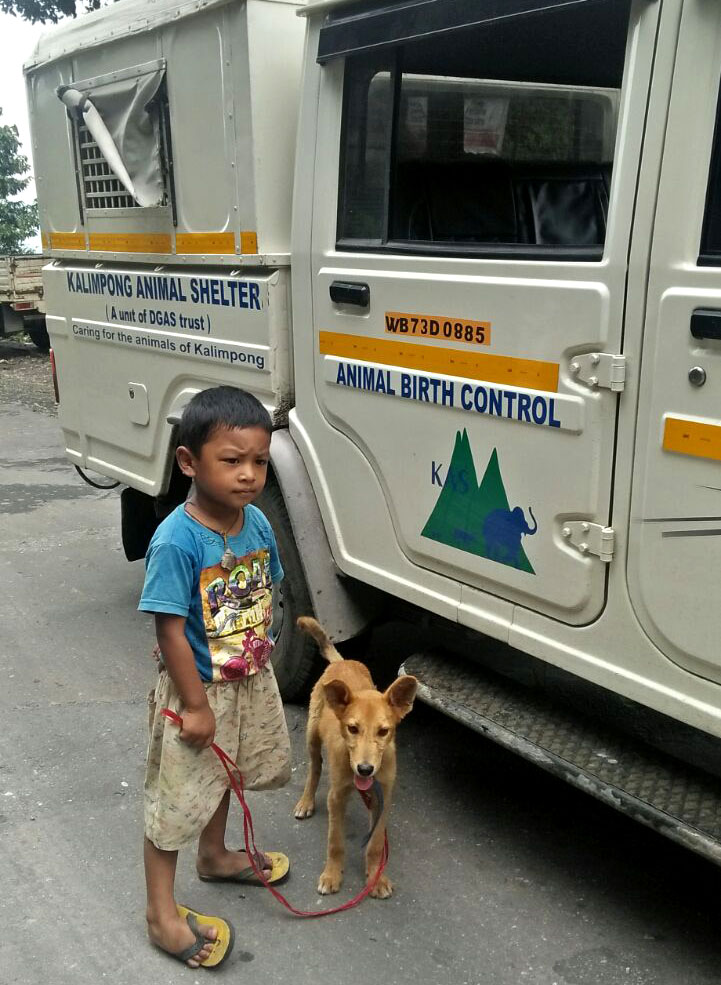 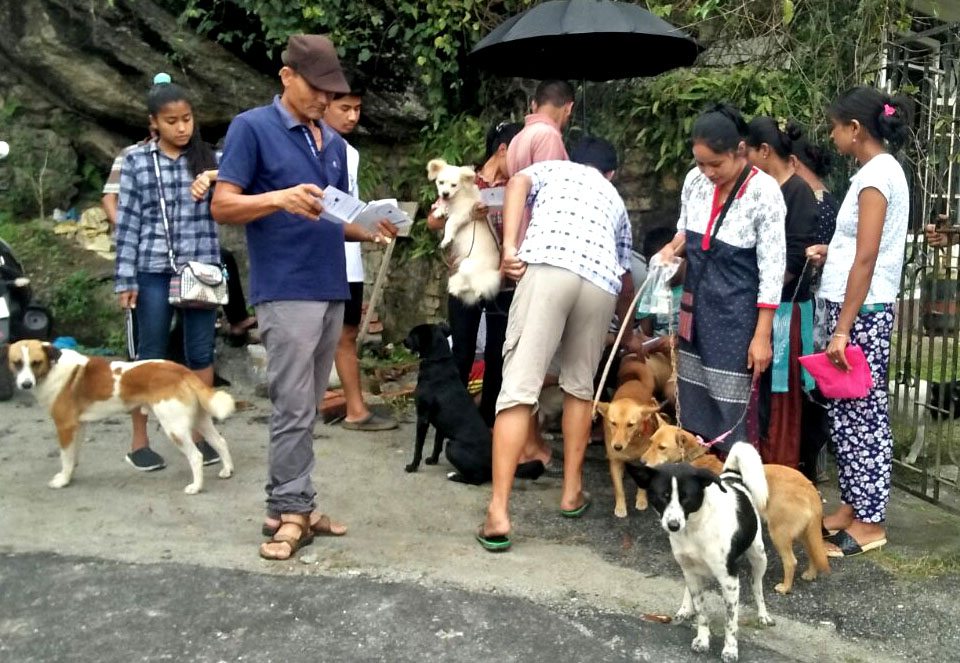